I haven't been caught yet.  The 'Great Work' nearly killed me and I married his oldest friend.  We have two boys.  That should have been vengeance enough.  Honor looked after me and I hope she remembers to until her dying day.  I suppose that's it really . . . a horror story and there's nothing supernatural about any of it.  I'm not dead, so, it's not over.  Only Owen spanked me hard enough and look at all the trouble that caused.  You see, the thing is . . .

The novel by
K JACKSON

Who did That? The characters from The GREATWORK live on, delving into things they
never could have done.

Posted by KEVIN JACKSON at Thursday, December 18, 2008 No comments:

HIDDEN discreetly beneath a napkin of pristine laundering, lay a complete, perfectly sliced loaf of bread. We are eating in a traditional Turkish restaurant and there are musicians to entertain us.  Oud and saz players back a young singer and she sits next to a fierce looking older man who provides percussion on a large tambour.  The fare includes rice, frites and pastas of choice, lamb, delicious fish, and salad we would pay dearly for in UK.

I offer the bread basket around but there are no takers.  When the three of us are supposed to eat bread, and so much of it, is not clear.  We don't touch it and I wonder what will become of it.

When or more importantly, why should bread ever need to figure in our meal?

Wearily, I suppose it is the tradition of bread: the food of life, the base of sustenance, the very basis of hospitality and shelter, next only after water; one of the two things you can't refuse to share whilst a trace of humanity remains.  Cigarettes come in a late but fighting third.

But I hate bread crust and crumb, and always have done ever since I just didn't like it very much and was told how much I should.  I've been bred to deny my bready loathing and try to overcome my hatred at every turn and slice.  I try to hide all my hatreds.

The loaf lying on our table provokes me, there-there now, and considering that I do hate bread I eat plenty of dough.

Bread 'fills you up and doesn't kill you', which is not bad.  The trouble is, I've always thought 'not bad' isn't necessarily good, and 'not bad', unless used in admiration or irony, is rarely very interesting.

Each breaking wave in bread fashion gets my hopes up.  Each travel where bread I haven't seen or tasted has to be offered and has to be eaten, has me wondering whether maybe here bakers have cracked it; and this time it won't be more of the same jaw stodging, tooth clogging, tongue bland indissoluble pulp.

I hate the soft and the hard, the crushed wheat and the toasted; I hate it leavened and unleavened.  I hate poppy seeds sprinkled on top of ochre crust that's as soft and uncrustlike as milk skinning over a gentle flame.  I hate the indigestible, uncooked, decorations of whole grains of wheat, I hate them when they fill the bag with the bread in it.  I hate the sprinklings of raw flour.  I hate bread bins and bread baskets for their ubiquitous smugness, their self proclaiming importance, for their pride of place, for getting in the way on crowded restaurant tables.

Will it offend efendim if I ask to have this bread taken away?

I hate communion wafers and Lord choose Jews for bad bread; dirty grey and bitter rye, and bagels and challar glazed with honey so I could weep at the waste of bee labour.

I hate breadcrumbs.  With each and every bready transaction, crumbs litter hopelessly, uselessly on the breadboard, sticking in the saw teeth of the bread knife.  I hate bread knives, unwashed, slickly ever clean from the bread's cutting . . . never making enough crumbs to feed the birds but plenty to bring the mites, weevils, roaches and mice; never enough crumbs to bread the chicken or fish, to make the stuffing for the poor turkey; no, we buy breadcrumbs from the shops for that and I despair when I see packs of 'Fresh Bread Crumbs' for sale!  I see the lurking hand of marketeers and accounting executives and imagine a sweep, scoop 'n' bag machine beneath the bread slicer.  I see my child self grating a stale loaf into a big bowl in my Grandma's kitchen.

I hate pitta bread even while it has the great virtue of crumblessness.  I hate peasant white, and loathe baguettes and ekmek.

I hate the ash of toast spraying from the knife, sooting over plate, table cloth, napkin and suit; carbon grits in the marmalade and butter, on kitchen surfaces and floors; skumming up the bottom of the sink; the scatter detritus smouldering in the tray of the toaster.  I really hate toast, and toast is better than bread.  I hate pizza base, thick or thin 'crust'.

Crust! I hate the word.

'Eat your crusts!'   Yes, eat up those crusts away from the 'crumb' and butter, away from the jam on the edge of the sarnie.  Just crust.  And if I were hungry, I'd eat crust.  If I were that hungry I'd cry out for it.  The hungry die for the lack, but I'm not hating bread like that.  Just crust, so uncrusty that a finger prod sees crust bounce back, or so hard and flakey, so solid, so chewily cudlike, so draining of saliva.

My heart sinks at the prospect of bread and butter pudding.  I wonder what Summer Pudding has to do with summer and hate it even more if it has blackcurrants, for reminding me that nothing is ready in the summer.  Summer is the ripening time.  Autumn is Harvest.  In summertime we eat the last stale dried up scraps from the previous year and the thin bitter early fruits, the creams of young early births.  Nobody wastes fresh strawberries on bread.

Give stale bread to the goat, to the pigs or the fowl; use it as bait or let stale bread go to mould and mulch.  Don't make deserts out of it.  Don't add stale wine to anything - if it is inedible or undrinkable, throw it away!

I hate wafer bread, and crispbread, cornbread and ryebread, wholemeal, whole grain, malted, and I can't abide breadmakers.  I hate the smell of yeast even in beer and I quite like beer.  I hate the kneading, the rising, the waiting, the baking for the disappointment of getting a loaf of dullard bread: or rolls, or baps, ciabatta, brioche, cottage rectangulars, damper, flat, focaccio, lavash, matzo, or pumpernickel - all plain pan, pain plain dull.

Bakers had the good idea of sweetening bread and it had to be tried.  Nutty seeds and granulars replaced with dried fruits, the dustings of flour with dusted cinnamon and sugar.  Why dust the darn stuff with anything?  The dust falls off and it's still grisly within, but one batch of loaves has little chance to stand out against another.  Bread isn't pretty and the baker has to try every trick.  Even ever-so-secure in the market place as bakers are, no baker can afford to bake bad bread, or not worse than the neighbouring bakery bakes down the road.  If the flour has grit in it, or chalk, or chaff or pest, chemicals or preservatives, one baker better have no more in the loaves than in any other loaf about town.

But, what else can go wrong if you're a baker?  Poor people will eat anything they can get their hands on and buy whatever cheap can be had.  The rich hoof for themselves but when the bakers go bust, when the bakeries close down for want of fuel or ingredients, when no bread can be got - everyone is in deep trouble.

There's no loafing idly about town without the lumpen sight of bread on common display.

What a dull staple, but that's what it is and Christ broke bread to represent Himself.  He had a precursor miracle, a rehearsal with 'loaves and fishes', and I've always thought of sardines on toast . . . which is the best way of getting bread down me.  It is a nigh criminal waste of sardine but if there aren't enough, eke them out with bread.

That's what bread does, it stretches and extends, rendering the rich palatable, the bland less bland by comparison, and never making the awful better.  Burger and . . . bap, see what I mean?  Or, perhaps you don't.  Think 'bread and marge'.

Bread fills in the corners like rubble.  It's foundation material.  It gets grain into us.  A convenience food that satisfies our gatherer ancestor instincts, neatly bi-passing the chore of finding seeds to eat one by one.  Where the local seed is rice, there's no need to bother.  Rice areas are less bready but there seems to be little else to do with maize, and wheat; that strangest and most wonderful of grasses, but mill it down to flour.  Flour solves the problem of turning seeds into food.

'Stottie Cakes' they're called, but Stotties are bread.  What is the matter with cake and biscuit?  What's wrong with scone?

Why use flour to make so much bread?

If we didn't have it, we'd have something else and, sure we'd be hard pressed to invent that something now, and, I'd possibly hate that even more than I hate bread.
I hate Indian breads less: roti, naan, paratha and puris.  Chapatis work for me and the Mexican tortilla almost cheers me up, out of my hatred, for bread does possess the virtue of adaptability.

Serving 'french fries' with bread says it all.  If bread were any good in the first place as opposed to being brutally bog-standard essential, we should settle for it.  We would, if it were half-decent instead of passingly passable compared to all the barely edible rot that bread has been before.  We shouldn't have to give it out at all when, as in this restaurant in Turkey where she sings of love and loss, there already is rice, frites and pastas of choice.

If I am hungry, I'll eat anything.  I'd fight for bread to get it or ensure we have it, and I offered the loaf to my dining companions again.  The napkin was accepted.  There were no takers of bread.

I am deeply suspicious of those who say they like bread.

Posted by KEVIN JACKSON at Wednesday, December 17, 2008 No comments: 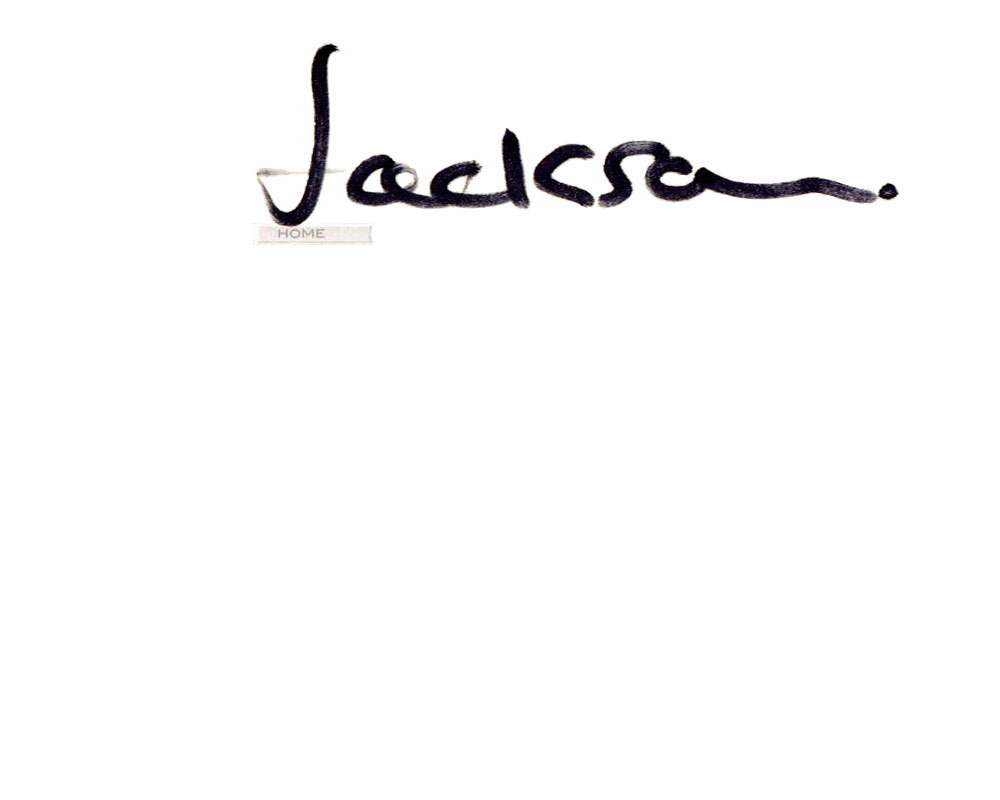 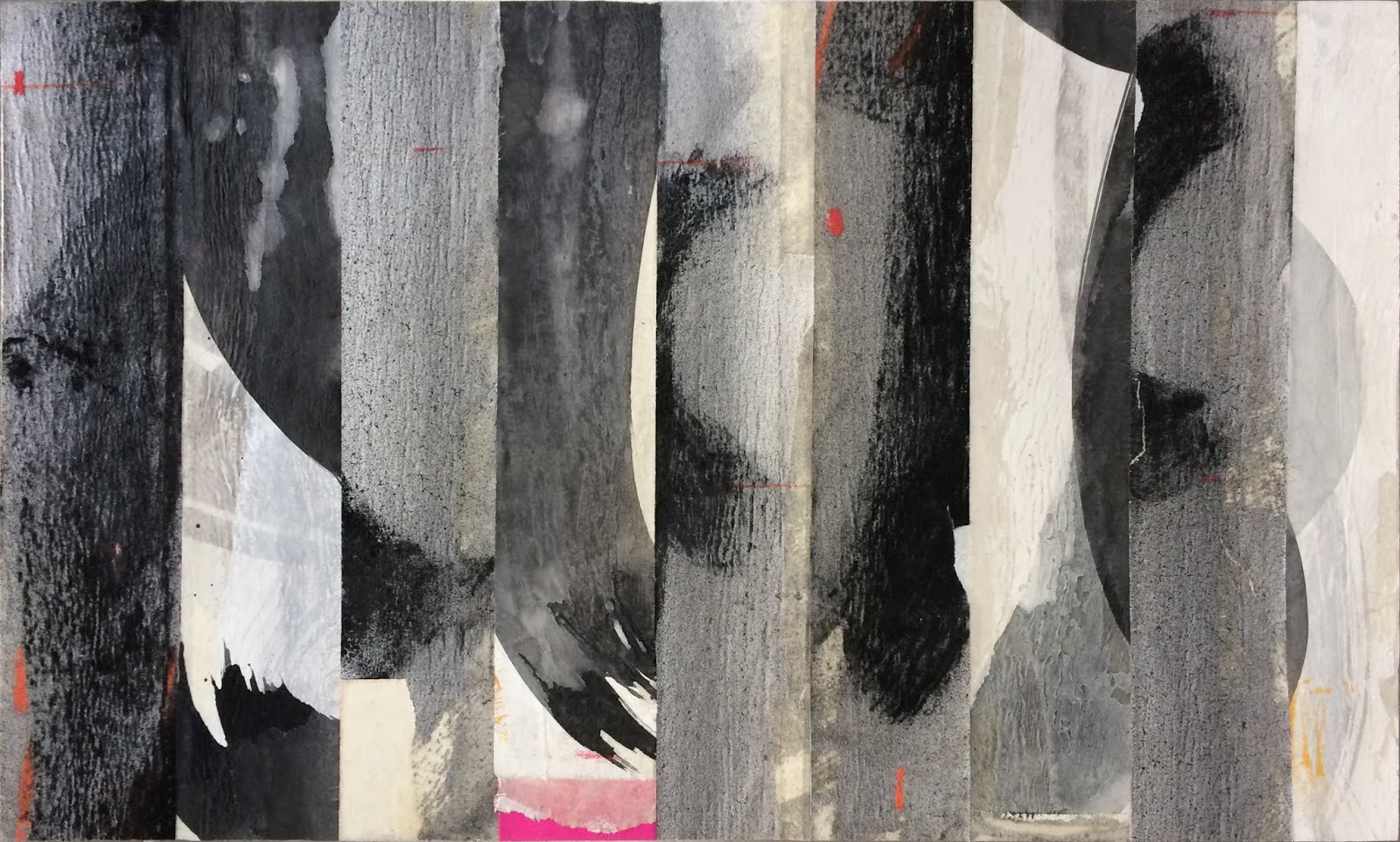 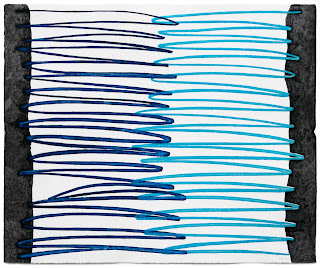 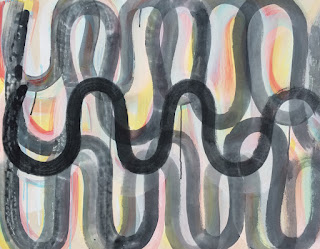 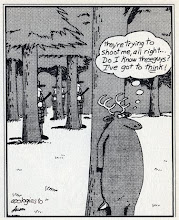 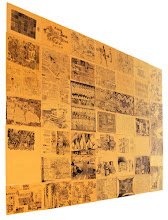 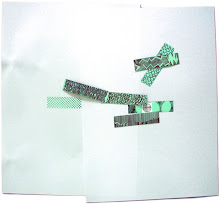 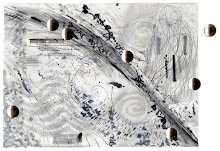 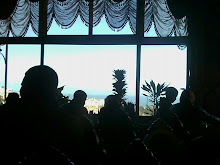 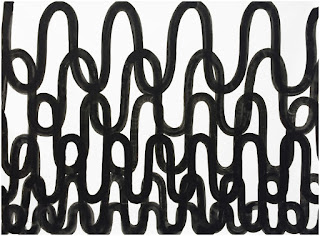 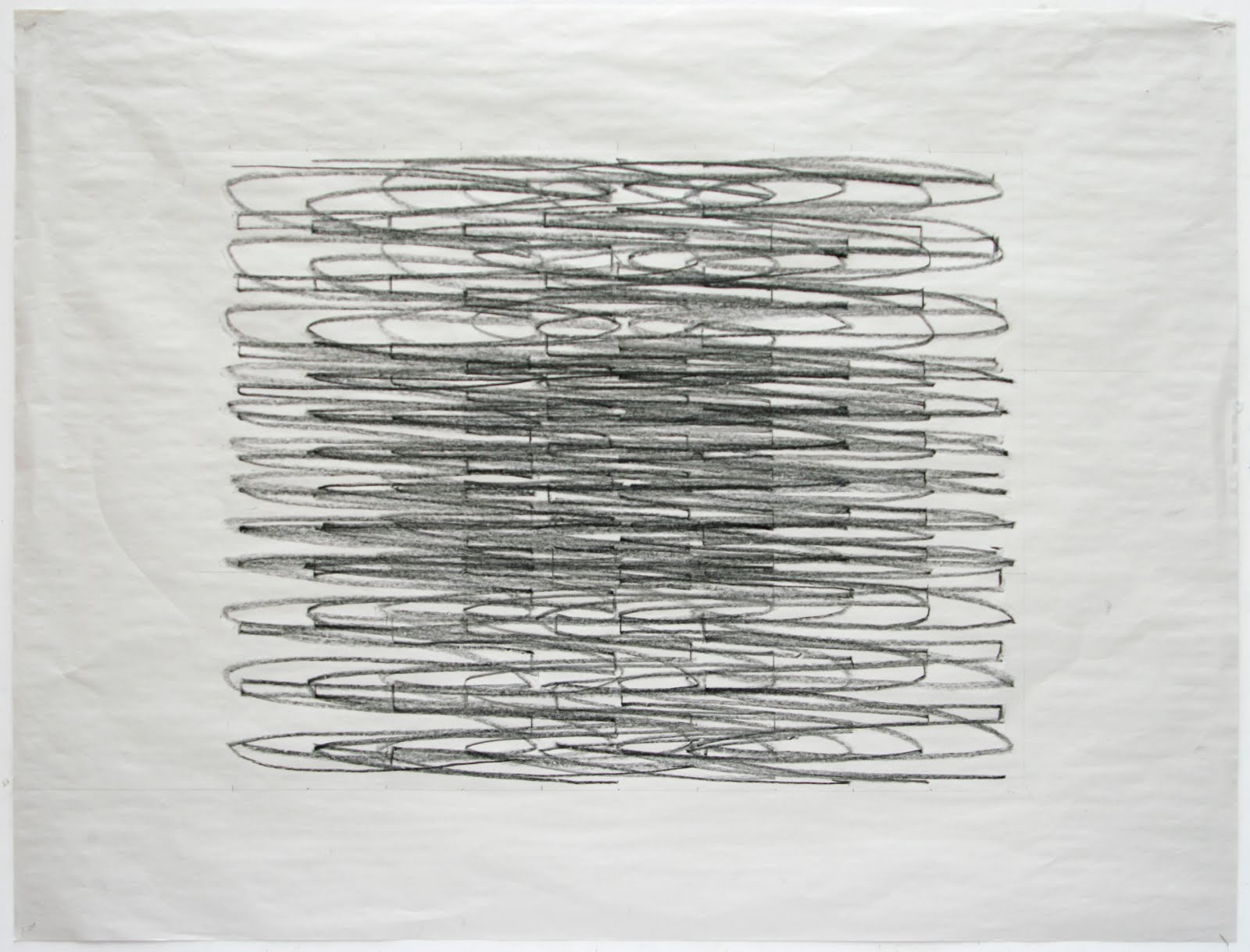 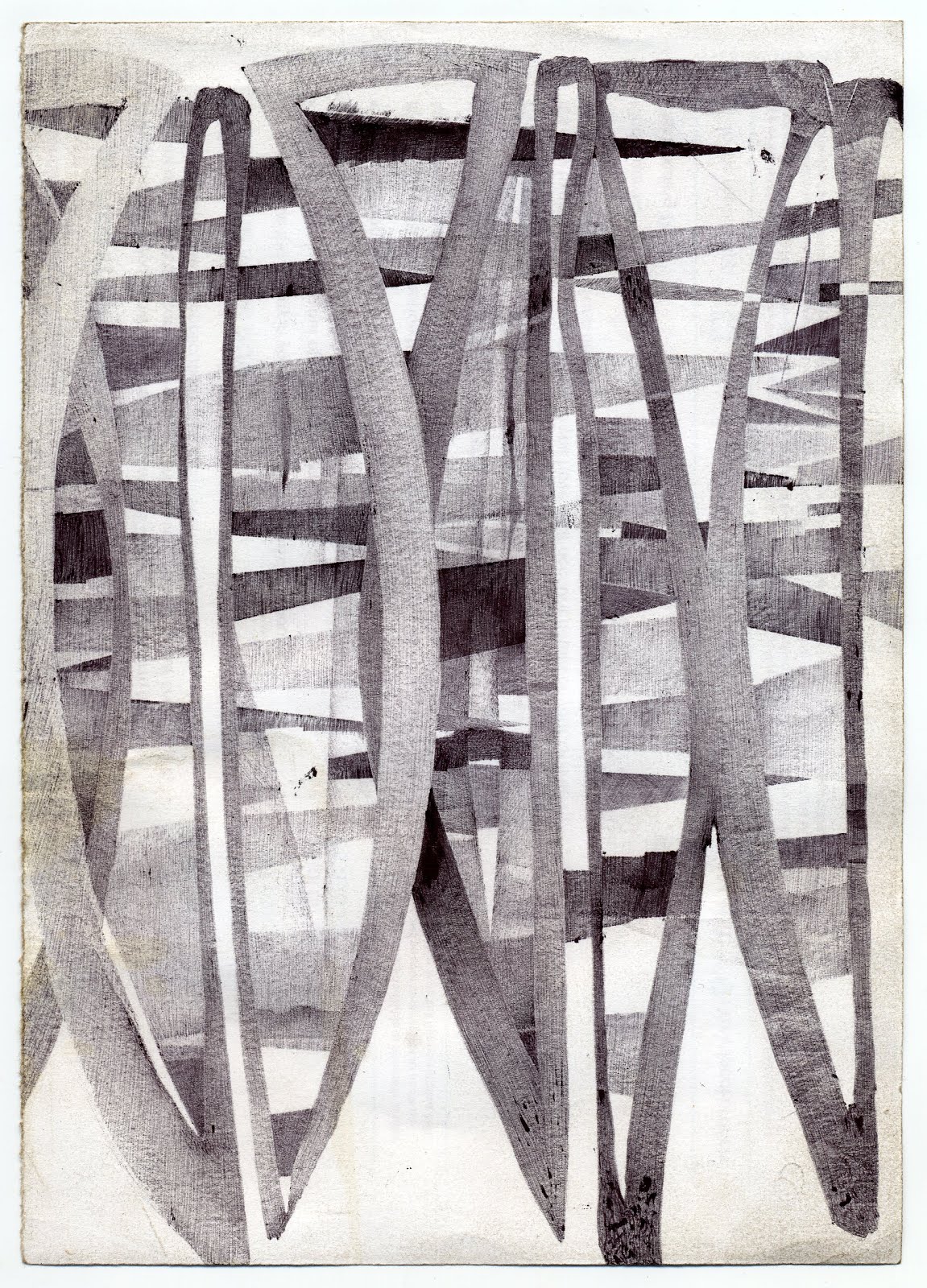 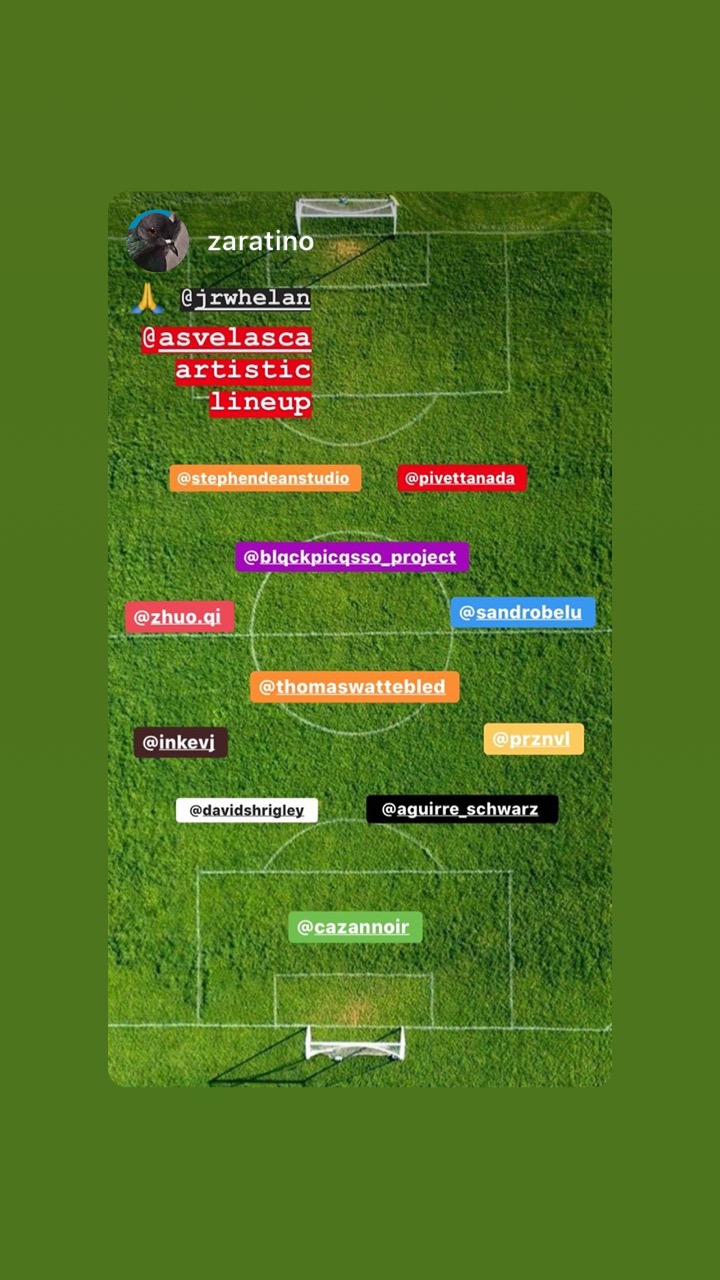 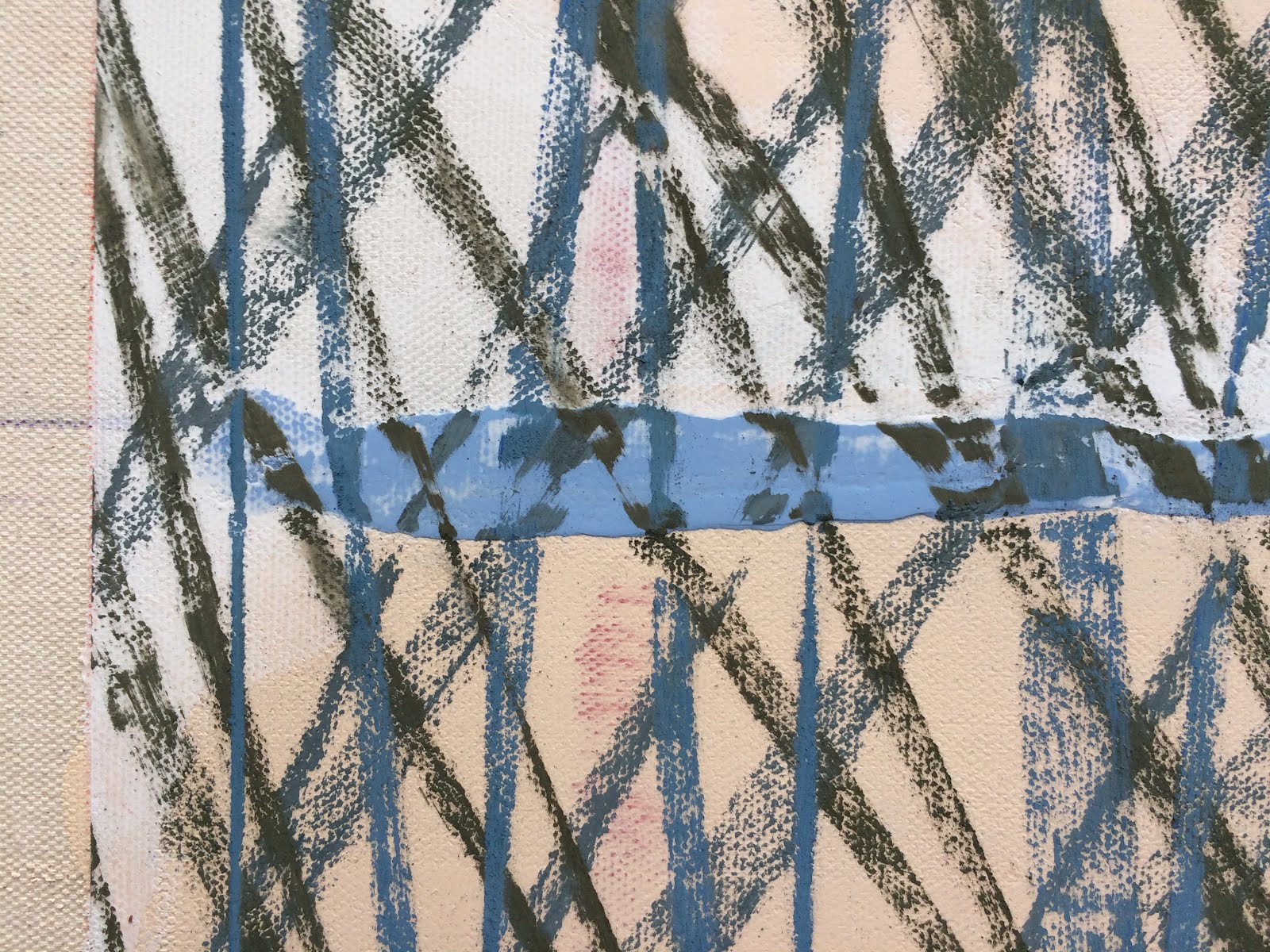